priorities is a constant list of tuples with the priority for each math operation.

Multiplication Priority should be 1

The following snipet finds the priority of multiplication.

The result is 1. collectFirst is finding the first tuple from priorities whose second value is TMult() and then returning the tuple’s first value which is the priority.

Multiplication Priority should ALWAYS be 1

Now let’s define a constant with the operation value instead of hardcoding it into the pattern matching construct. The result should still be 1 because all we did was extract a variable.

However, the result is now 0. 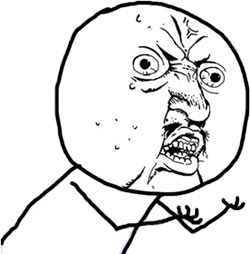 The problem with this code is that op is not a stable identifier. The pattern matching construct is defining a new variable op that shadows the existing op.

No outside variables in pattern matching

The following code overcomes the need for making op a stable identifier by simply not using it inside of a pattern matching construct.

The result is now 1 as it should be. However, does this mean that whenever I need to check the value of an external variable in a pattern matching construct I need to resort to this? Surely the language designers behind Scala thought of a better solution to this mess.

Backticks to the rescue

Using op enclosed in backticks does not create a new variable that shadows the existing one. It creates a stable identifier instead.

While the result is still 1, the code is much cleaner now.

Not everybody likes backticks in their pattern matching statements. Fortunately, Scala is very similar to Ruby in the sense that the same result can be achieved through different ways. The language creators came up with an uppercasing convention: if the variable name starts with a capital letter, then it is a stable identifier.

The result remains 1 without using any backticks.

Stable identifiers are a language feature that may not be clear to novice Scala developers. Fortunately, the language provides several alternatives to deal with them. All the code for this guide can be found on GitHub. 2